Slovenian conductor and pianist Simon Krečič completed his piano studies at the Ljubljana Academy of Music in 2002 as the last graduate of a renowned Slovenian pianist Aci Bertoncelj, and in July 2005 he completed postgraduate piano studies at the University of Arts in Bern in the class of Aleksander Madžar. In September 2012, conducting the premiere and nine performances of Stravinsky’s Ballet Evening produced by the SNT Ljubljana Opera and Ballet, he also graduated from conducting in the class of Milivoj Šurbek. During his postgraduate piano studies in Switzerland, he studied conducting in the class of Dominique Roggen. During these years, he conducted several Swiss orchestras, such as the UNI Bern Orchestra, the Spiez Chamber Orchestra, and the HKB Bern Orchestra among others. In the 2006/2007 season, he worked as a rehearsal pianist at the Maribor Opera. Since March 2009, he has been a regular guest conductor of the Slovenian Philharmonic Orchestra. In addition, he is a regular guest conductor of the RTV Slovenia Symphony Orchestra. He has worked with numerous prominent Slovenian and international soloists, including Dubravka Tomšič Srebotnjak, Eugen Indjic, Aleksandar Madžar, Branimir Slokar, Wonji Kim-Ozim etc. His activity in the field of contemporary music is particularly recognizable. He conducted many concerts at the Slowind Festival both in Slovenia and abroad (Paris, Riga). He conducted the first performances of compositions by some important Slovenian (Uroš Rojko, Nina Šenk, etc.) and foreign composers (Elliott Carter) and collaborated with important foreign soloists (Robert Aitken). In December 2013, he was appointed the artistic director of the Maribor Opera. In March 2019, the city of Maribor awarded him the Glazer Charter for his achievements in the field of culture. In March 2011, he was the assistant conductor of the opera Werther at the Royal Theatre in Madrid. In February 2015, he conducted Verdi’s opera Macbeth at the Verdi Theatre in Pisa, directed by the celebrated Italian director Dario Argento, and a symphony concerto at the Palermo Classica festival in Sicily. In July 2016, he was the conductor of the Maribor Ballet performances Faun and Carmen on a tour at the Dubrovnik Summer Festival. In 2016, he conducted Verdi’s opera I Masnadieri at the Verdi Festival in Busseto, the first Maribor production of Wagner’s Das Rheingold in January 2017. Later in the same year, he also Rossini’s La Cenerentola at the Ljubljana Opera, Verdi’s Un ballo in maschera in China (Tian-Jin Grand Theatre, Harbin Grand Theatre) and Puccini’s Tosca in Rovigo. In 2018, he conducted Donizetti’s La fille du régiment in Teatro Verdi in Trieste and Weber’s Der Freischütz in Rheinsberg near Berlin in August 2018. Among latest productions, he conducted Jacques Offenbach’s opera Les Contes d’Hoffmann and Tchaikovsky’s The Maid of Orleans in Ljubljana, Puccini’s Turandot in Rovigo and Ferrara, Donizetti’s L’elisir d’amore in Trieste and a ballet gala evening at the Massimo Theatre in Palermo. He regularly collaborates with important artists of the opera world (José Cura, Piero Giuliacci, Bruno de Simone, Dimitra Theodossiou, Carlos Almaguer, etc.). Recently, he also conducted the Zagreb and Prague Philharmonics. 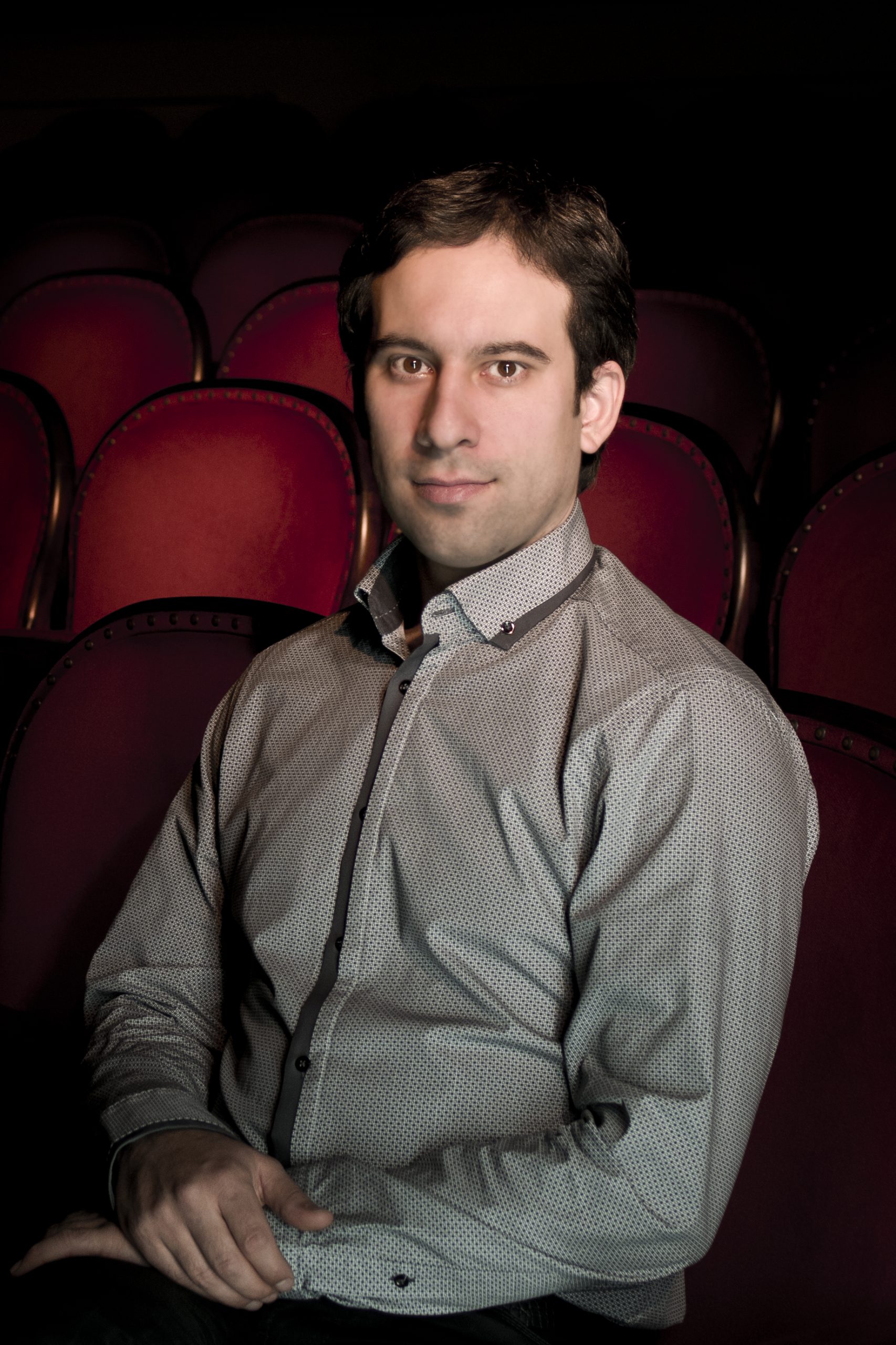