In his 1931 acclaimed play Mourning Becomes Electra, Eugene O’Neill, one of the most prominent American playwrights, skilfully combined classic drama motifs with the dilemmas of modern life. As a representative of American realism, greatly inspired by Ibsen, Strindberg and Chekhov, he radically changed the landscape of American drama and strongly infl uenced authors such as Tennessee Williams and Arthur Miller. As early as 1926, O’Neill decided to write a modern psychological drama based on a classical Greek tragedy. His eventual choice was Electra, mainly because he was interested in what has become of Elektra’s fate after her mother’s violent death. Mourning Becomes Electra is undoubtedly a timeless drama narrative, written as a modern version of Aeschylus’s Oresteia, the only surviving Greek trilogy. Like the ancient version, O’Neill’s Electra tackles archetypal patterns of family relationships that result in possessiveness, revenge, jealousy and incest. When we remove the ancient gods from the (con)text, we see a family in all its cruelty, brutality and atrocity, which is, ironically, ready to go to the bitter end, to death, to protect the intactness of the primary family cell. For this reason, O’Neill’s relationships remain undefi ned in terms of time and space, and thus allow their reinterpretation in any context and time, including ours. About the modern American trilogy, the author wrote: The story takes place in New England, with the Mannons being the most prominent family in the city – like the Agamemnons. The American Civil War is drawing to a close and the men are returning to their homes. General Ezra Mannon and his son Orin, too, return home. Christine, who stopped loving her husband a long time ago, is in love with young Adam Brant. Lavinia, her daughter, hates them both: at fi rst, she was jealous of her mother before because she was taking her father’s love from her, but now her anger has deepened because she is taking Brant away from her (whom Christine is using as a mask, under the pretence he is courting Lavinia). At night, Christine tells her husband the truth about her lover, which causes Ezra to have a heart attack, and Christine gives him poison instead of medicine. Lavinia eventually realizes that her mother is to blame for her father’s death. Before long, the struggle for Orin, who is loved both by Christine and Lavinia, intensifi es. But when Orin learns of the plan his mother disclosed to her lover Adam, Orin kills him. Christine, too, cannot escape the bitter end when she fi nds out about the murder of his lover and eventually commits suicide. Is it now up to Orin and Lavinia to, as O’Neill says, “pay for the sins of their ancestors”. Director Maša Pelko pointed out the following in an interview with playwright Dino Pešut: “I think that through this process O’Neill showed us why some texts are considered classic – simply because the human in the protagonists remains as vulnerable and as fallible as was nearly a hundred years ago when the text was written. O’Neill draws his entire dramatic opus from his own experience of family life, which was traumatic, painful and deeply marked him. And in this case, we decided to remain completely faithful to him. The longer we were working on the text, the more all imaginations fell away and the more the content was reduced to the very core of the narrative, which is a crumbling family cell interspersed with rot and disgust, whose evening is interrupted by a seemingly innocent visit which creates a situation from which it is impossible to escape. From all this, the initial question has arisen, with which we have sailed into the text: What happens when a young person loses their base in the form of family, no matter how unhappy it is? And does freedom actually follow or, as Dino writes, do you become afraid, so you have to follow (it)? How do you fi ght it and what do you end up with when the fi ght is over?” Lavinia, as Maša Pelko claims, decides to survive, although everyone she loved has gone. She survives despite the guilt she feels, and that guilt is ultimately human – it is the result of her striving to do the best she could, and it still wasn’t enough. Guilt and the world she’s left with, force her to choose to live with the ghosts of her deceased family, or as O’Neill pertinently puts it, living in her own hell for good people. 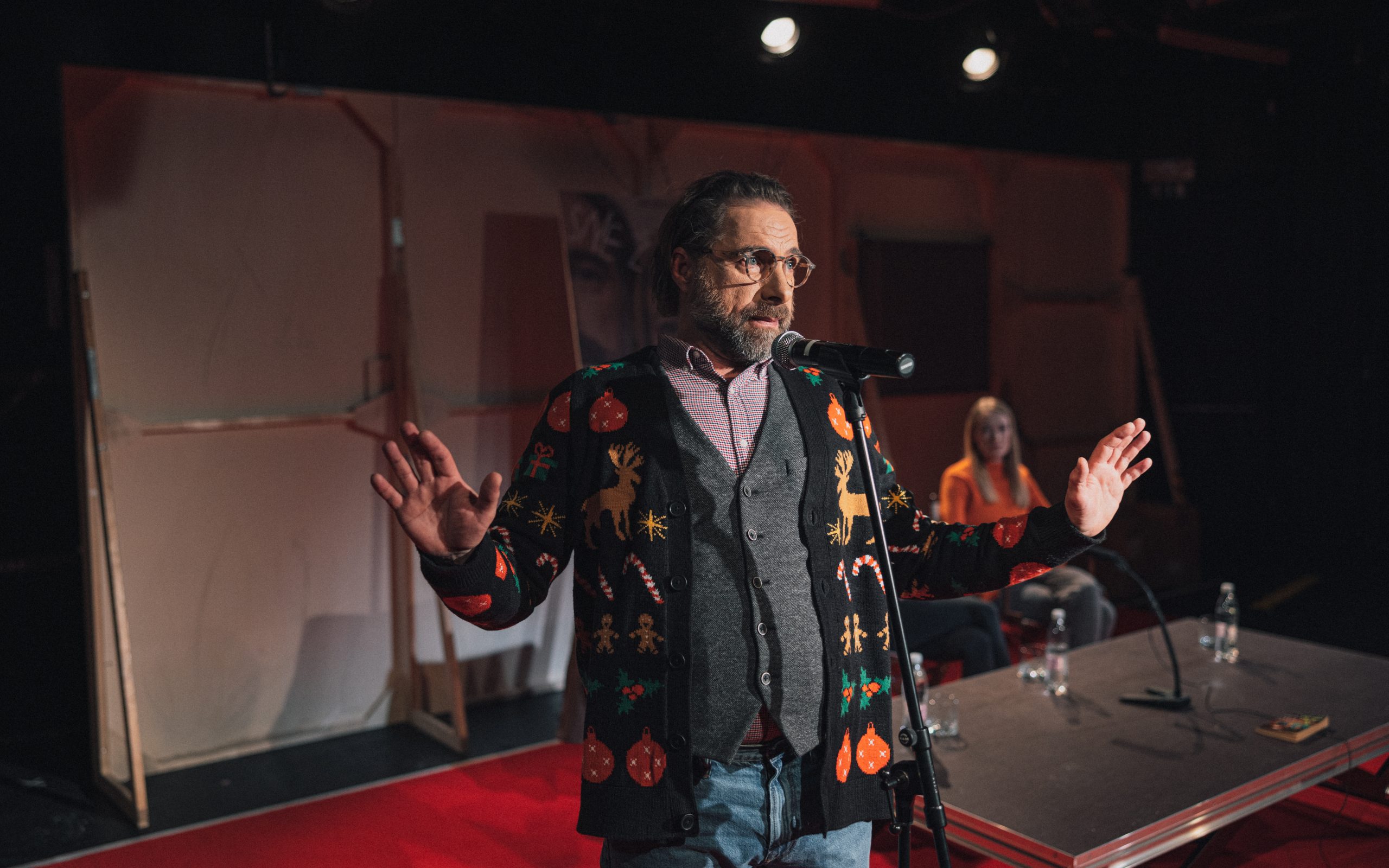 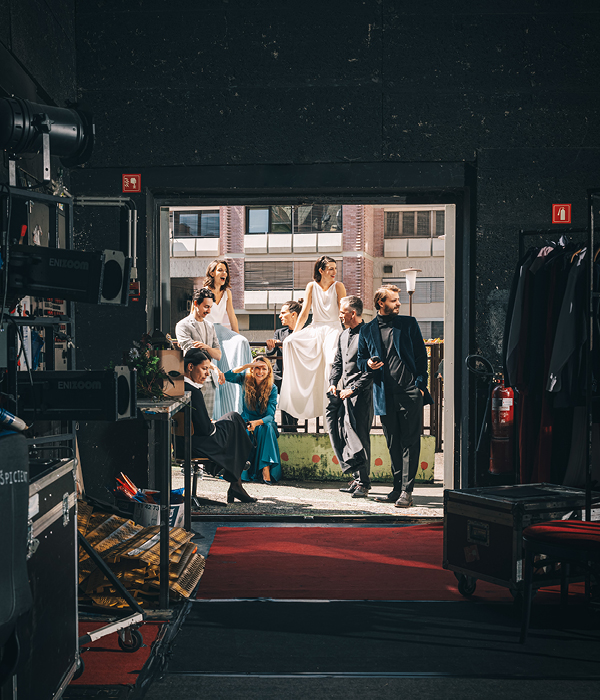